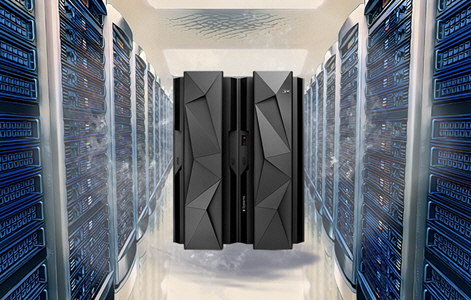 Mainframe networking brings vastly different considerations to all involved. Baer Consulting, Inc. (BCI) continues to maintain skills to assist with the high availability and flexibility required to enable your customers and partners to use the services of your enterprise server. While VTAM and NCP may still play a major role in mainframe networking, TCP/IP connectivity has reached a similar importance. All network connectivity to the corporate enterprise server now demands flawless availability.

TCP/IP in the System z environment encompasses many different disciplines. Included under the TCP/IP umbrella are the TCP/IP stack, FTP (File Transfer Protocol), TELNET and TN3270. BCI has installed, implemented and customized different versions of TCP/IP for our clients. In later versions of System z, the TCP/IP stack is integrated as a part of UNIX System Services, giving the product even more power and flexibility.


BCI has experience in the hardware, software and customization that is required to help clients grow into the future with this all-important mainframe network function. As mainframe networking experts, BCI can quickly implement TCP/IP, so the advantages can be immediately recognized.

The BCI team of mainframe networking support specialists are capable of supporting all System z features, including: VTAM, NCP, SNA, TCP/IP. BCI has the necessary skill set to bring your enterprise server into the corporate network.

SNA networking in any configuration of the mainframe enterprise server requires the knowledge and disciplines of z/OS, System z, CICS, TSO, VTAM, NCP, and TCP/IP which typically have been available through several "specialty" groups of people. These cross-disciplines of mainframe networking knowledge have become increasingly scarce. BCI continues to focus on maintaining the skills to be your full-service enterprise system support partner. BCI has a staff that is highly capable of supporting your host-based network connections.

Understanding availability, BCI remains prepared to assist with the maintenance or upgrades to your host-based connectivity issues relating to all components of your SNA - TCP/IP environment.

Services that we offer